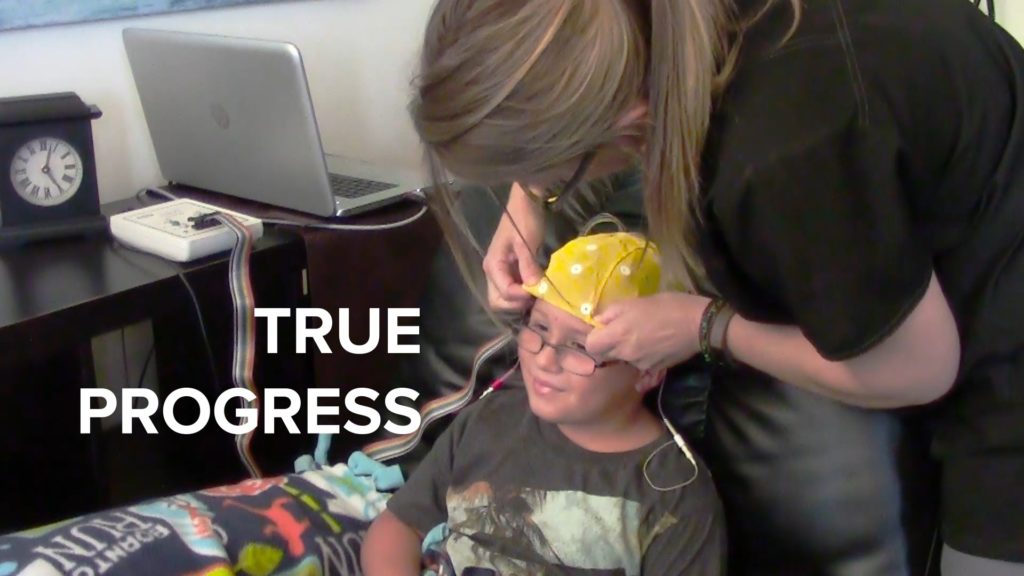 As a parent, how far is too far to go for your kids? With behavioral and attention deficit disorders at an all-time high, many parents find themselves going to extremes to help their kids learn to function in the world. The wisdom of the day encourages the benefits of strict diets, counseling, and medication to treat behavioral and cognitive disorders, and while these can help they are generally catch-all cures that may or may not treat your child’s particular symptoms. Many parents are left thinking, “There has to be something more we can do.”

For one Mesa, AZ family, helping their child wasn’t a matter of convenience it was a serious necessity. Their son, who was usually happy and playful could quickly escalate into angry, sad, impulsive, and unpredictable moods or behavior. When interviewed, the mother said that she knew that her 8-year-old son had been having a lot of behavioral issues at home and at school. She said, “When things wouldn’t go his way at home, he would get out of control, getting angry and sometimes lashing out and sometimes hurting himself or other family members.”

At school, things weren’t much better.

“He wasn’t focusing or paying attention to anything…He wasn’t able to make friends, wasn’t able to be a good friend, and it was getting to a point where he was being called a bully,” the mother said. “There were several consistent problems happening, and we needed to figure out some way to help him.”

After the ADD/ADHD Diagnosis

After years of special needs parenting classes, and a variety of treatments for their son, the family discovered East Valley Naturopathic Doctors (EVND) and the breakthrough procedures they use assist in accurately diagnosing ADHD. An FDA approved brainwave test used to provide physical evidence to support psychiatric and behavioral examinations resulting in ADHD diagnosis. It’s called QEEG.

The father said: “When we met with Doctor Porter, at EVND and told him what our son was going through and what we’d been doing to treat him, he understood where we were coming from, having helped his kids through the same process. I was impressed…that he was comfortable enough with the treatment to have used it on his own children, and encouraged when he told me how successful it had been.”

What can be learned from Brain Mapping

Before starting the neurofeedback sessions, the child had a brain map test done where the doctors at EVND were able to see what areas of his brain were dysregulated. They isolated several parts of the brain and monitored the Alpha, Beta, Delta and Theta brainwave activity and were able to identify key indicators confirming the ADHD diagnosis, as well as behavioral, emotional, socially developmental challenges.

After the Brain Map, Dr. Porter met with the parents for a consultation. Dr. Porter said: “His brain map is technically one of the worst maps I’ve seen.”

These are common problems for children who have been placed in foster care or reasons for their initial removal, which was the case with this child, having been placed with the family at the age of 3, later to be adopted by them. The parents had not mentioned these conditions, thinking them separate from their son’s ADHD, but the tests identified them and the parents confirmed them.

Neurofeedback With or Without Medication

As a result of the physical, emotional and psychological trauma, Dr. Porter said, “He’s stuck, some areas of his brain aren’t functioning or communicating well with other parts of the brain.”

The parents also wanted to know if medication could be used in conjunction with Neurofeedback and if it would help. Dr. Porter evaluated the Brain Map and concluded that: “Adderall, Ritalin, Vyvanse, can technically raise Beta waves, in the frontal cortex, but it doesn’t reduce Delta or Theta.” For this child, who has normal Beta waves and high Delta and Theta waves, medication would not treat any of his problems or correct his brainwaves.

How the QEEG and Neurofeedback Works

The typical neurofeedback program consists of 20-40 sessions given over the course of 2-5 months at the rate of 2-3 sessions per week. An initial QEEG is taken and protocols are generated based on the data collected. A follow-up QEEG is performed after 10-12 sessions as a progress check.

Sessions last 45-minutes to 1-hour while sitting in a comfortable room, free of distractions. Leads are strategically placed, painlessly on the scalp and linked to a computer. This allows the clinician to monitor the brainwaves as they respond to the feedback. Feedback is presented in the form of visual and/or auditory stimulation. In this case, he watched age-appropriate cartoons. The computer program is set with threshold levels designed specifically for the patient based on the findings in his QEEG. Once his brainwaves meet those thresholds levels, he is able to observe positive feedback by watching the screen get bright and easy to see and also easy to hear. The moment his brainwaves do not maintain function within the required threshold level, he is able to observe negative feedback as the screen would fade dark and the sound gets quieter. This form of training or learning is also known as operant conditioning. Over time, through repetition and consistency, the brain learns to maintain healthy function on its own without the feedback.

In the first ten sessions, the family saw a 50% improvement in his behavior! Now, after four months of doing the neurofeedback sessions, his behavior had dramatically improved.

“The anger is pretty much gone,” his mother told us. “He still can get upset and mad, but it’s completely different. He’s in control. He’s not hurting himself or other people.”

Neurofeedback sessions started at the end of the school year and continued them every week for most of the summer. Now that he’s back at school, things seem to be on the rise.

“Typically, when our son’s schedule would change, he would act out,” said the father. “For the first time ever, he’s coming home with positive comments from his teacher about his performance and his behavior! We’re just starting his 3rd treatment series and we’re excited to see what will happen when he’s finished!”

Are These Changes Permanent?

When asked if these changes are permanent, or might he need neurofeedback again later in life, Sheri asserts that “Once new connections are made and the improved function is noticeable in his overall behavior, emotional stability and cognitive abilities, they will last a lifetime. His brain will continue to develop and mature with him as he grows, but now having learned to function in a healthy, he has the ability to mature in a healthy way. The only instance that might require him to need more neurofeedback in the future is if he suffered a head injury, extreme toxic exposure or other emotionally traumatic experiences.”

East Valley Naturopathic Doctors says that this treatment is successful with more than just ADD/ADHD, it can help brain trauma and cognitive/behavioral disorders including:

There is also a new in-home version of this treatment that can be done with a modified Muse brain monitor and an Android device. EVND feels that it is vital to be able to treat people with brain disorders, even if they don’t live in the East Valley.

The brain is an amazing organ, but the amount of guesswork that goes into treating it is unsettling. For the first time in human history, mankind has the ability to scan and monitor the brain, we can and we should be using that technology to diagnose and treat trauma as well as cognitive and behavioral disorders; especially as common as they are in our world today.

Would the Family Recommend EVND’s Neurofeedback?

When asked if they would recommend Neurofeedback for others, the mother said: “Since Dr. Porter can look at a brain map and tell you if medication will help your child or not, it is worth it just to have the testing done. Medication might have helped our son’s focus, but would not have treated his behavioral or other problems.”

If you or someone you know is struggling with a cognitive or behavioral disorder, call EVND at (480) 985-0000 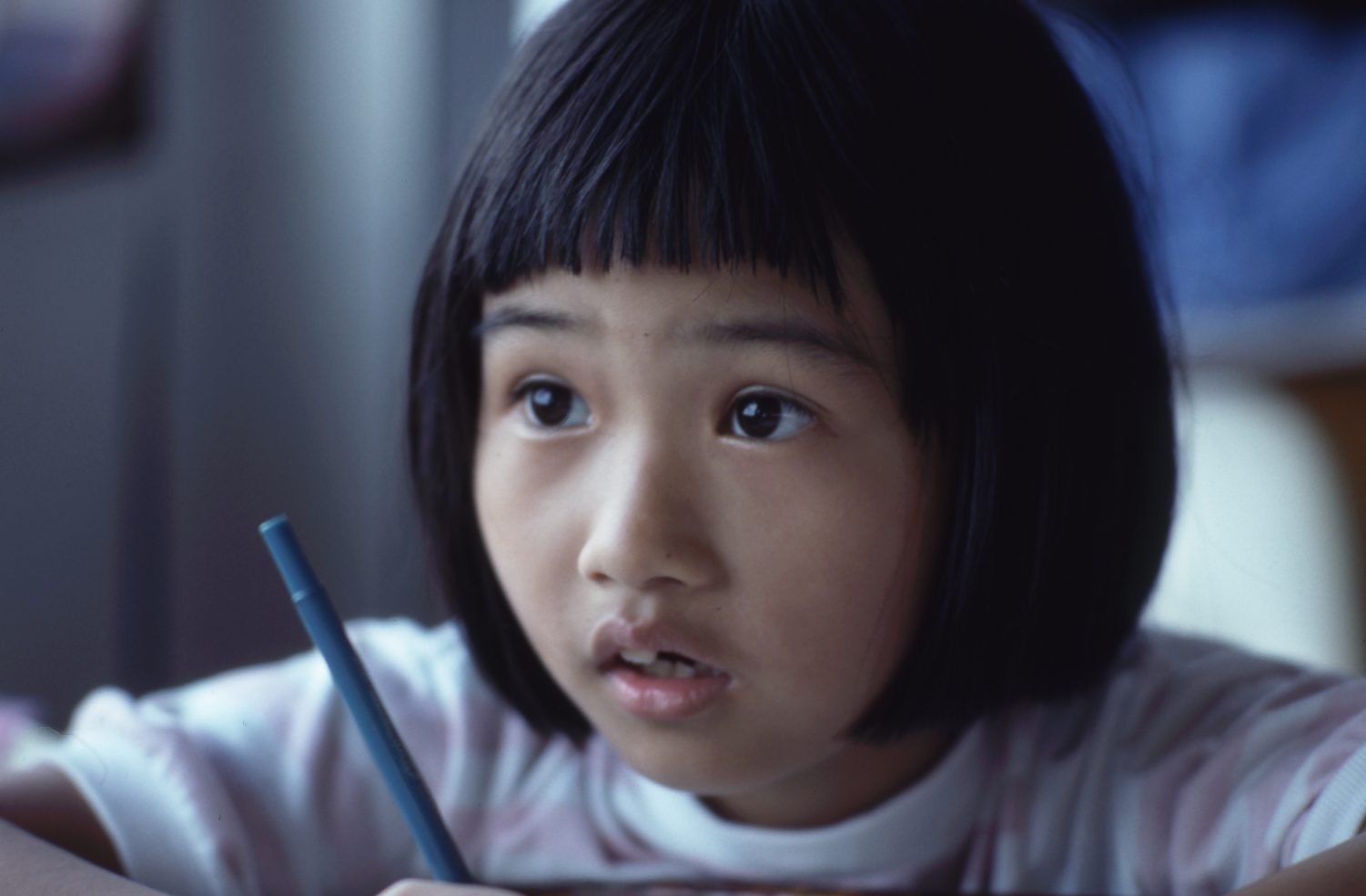