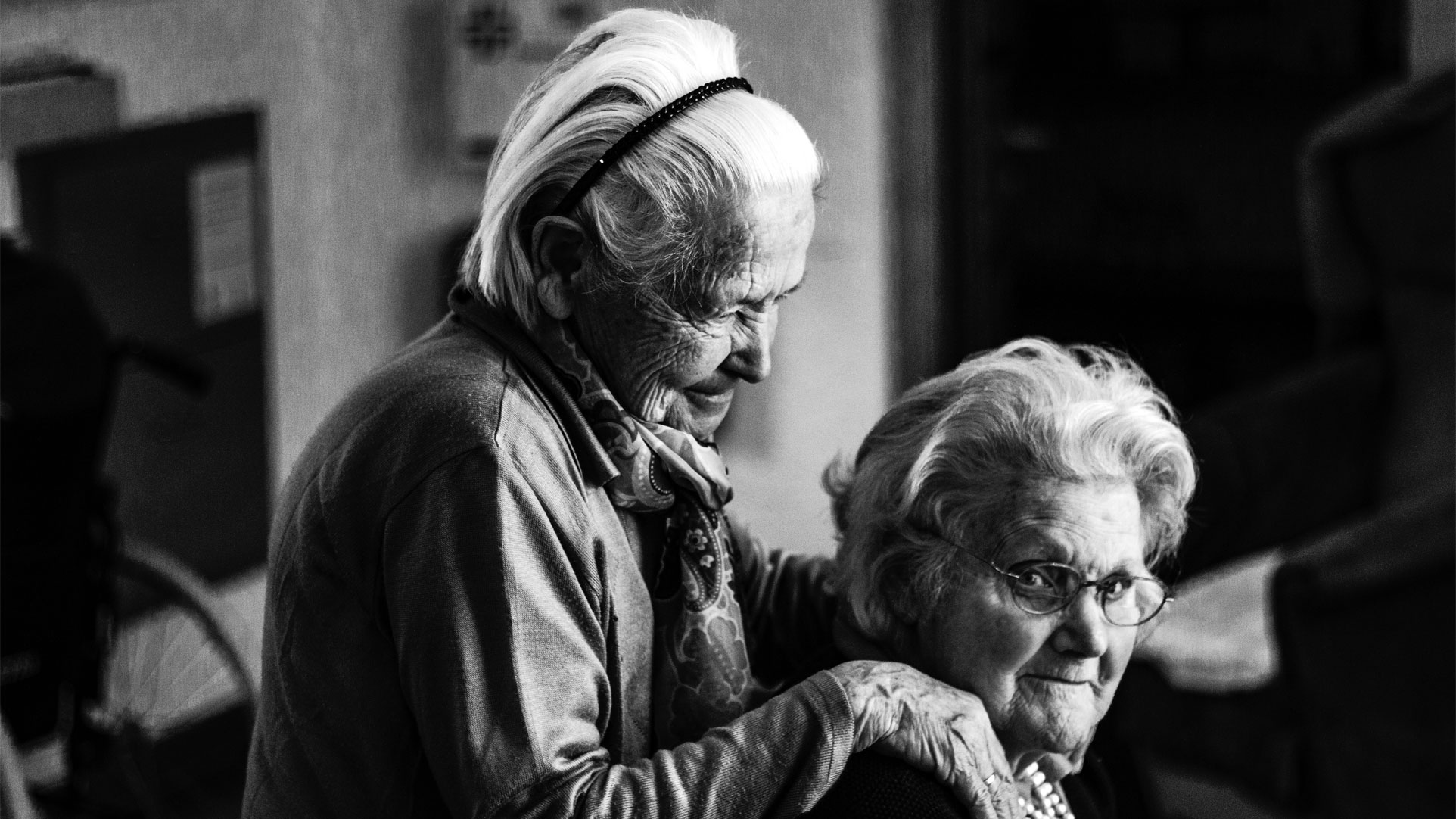 Neurofeedback can help anyone with cognitive decline. 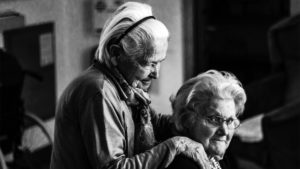 Cognitive decline can be a result of aging, toxic or chemical  exposures, head traumas, radiation or chemotherapy, or any other potential toxic threat that has the ability to create oxygen radicals. The resulting effects are a decline in short term memory, difficulty in remembering names of places, people, or things, loss of direction, difficult communications with close friends or family members. Cognitive decline can also result in changes in personality, mood, stress response, resistance to change, and a reduction in quality of self-care and interests.

Neurofeedback has been helpful in restoring normal brain function for many people with cognitive decline resulting from chemical or physical trauma generally to pre trauma levels for most. Cognitive decline associated with aging is promising and appears to helpful in many ways, though studies are still pending for all aspects of age related decline.

In essence, the major conclusions of this study are, firstly, the moderately positive results on EEG modulation during intensive no-interval 8 NF sessions and their outcome in terms of WM in healthy elder subjects. We also conclude, in line with other studies, that age does not exclude elderly people from NFB

A Systematic Review of the Safety and Effect of Neurofeedback on Fatigue and Cognition.

Integr Cancer Ther. 2015 Jul;14(4):318-40. doi: 10.1177/1534735415572886. Epub 2015 Feb 25.
BACKGROUND: Many cancer survivors continue to experience ongoing symptoms, such as fatigue and cognitive impairment, which are poorly managed and have few effective, evidence-based treatment options. Neurofeedback is a noninvasive, drug-free form of brain training that may alleviate long-term symptoms reported by cancer patients.
RESULTS: Twenty-seven relevant studies were included in the critical appraisals. The quality of most studies was poor to moderate based on the JBI critical appraisal checklists. Seventeen studies were deemed of sufficient quality to be included in the review: 10 experimental studies and 7 descriptive studies. Of these, only 2 were rated as high-quality studies and the remaining were rated as moderate quality. All 17 included studies reported positive results for at least one fatigue or cognitive outcome in a variety of populations, including 1 study with breast cancer survivors. Neurofeedback interventions were well tolerated with only 3 studies reporting any side effects.
CONCLUSIONS: Despite issues with methodological quality, the overall positive findings and few reported side effects suggest neurofeedback could be helpful in alleviating fatigue and cognitive impairment. Currently, there is insufficient evidence that neurofeedback is an effective therapy for management of these symptoms in cancer survivors, however, these promising results support the need for further research with this patient population. More information about which neurofeedback technologies, approaches, and protocols could be successfully used with cancer survivors and with minimal side effects is needed. This research will have significance to nurses and physicians in oncology and primary care settings who provide follow-up care and counseling to cancer survivors experiencing debilitating symptoms in order to provide information and education related to evidence-based therapy options.Pp.

BACKGROUND AND HYPOTHESES: Postcancer cognitive impairment (PCCI) is observed in a substantial number of breast cancer survivors, persisting for as long as 20 years in some subgroups. Although compensatory strategies are frequently suggested, no restorative interventions have yet been identified. This study examined the feasibility of EEG biofeedback (“neurofeedback”) and its potential effectiveness in reducing PCCI as well as the fatigue, sleep disturbance, and psychological symptoms that frequently accompany PCCI.
RESULTS: All 23 participants completed the study, demonstrating the feasibility of EEG biofeedback in this population. Initially, the sample demonstrated significant dysfunction on all measures compared with general population norms. Repeated-measures ANOVAs revealed strongly significant improvements (P < .001) on all 4 cognitive measures (perceived cognitive impairment, comments from others, perceived cognitive abilities, and impact on quality of life [QOL]), the fatigue scale, and the 4 psychological scales (somatization, depression, anxiety and global severity index) as well as on 3 of 8 sleep scales (quality, daytime dysfunction, and global). Two of the other sleep scales (latency and disturbance) were significant at P < .01, and 1 (use of medication) at P < .05; 2 were not significant. Improvements were generally linear across the course of training, and were maintained at the follow-up testing. At the follow-up testing, the sample no longer differed significantly from normative populations on 3 of the 4 FACT-Cog measures (impairment, impact on QOL, and comments), FACIT-Fatigue, PSQI sleep quality and habitual efficiency, or any of the BSI-18 measures of psychological disturbance.
CONCLUSIONS: Data from this limited study suggest that EEG biofeedback has potential for reducing the negative cognitive and emotional sequelae of cancer treatment as well as improving fatigue and sleep patterns.

In normal elderly subjects, the best electroencephalogram (EEG)-based predictor of cognitive impairment is theta EEG activity abnormally high for their age. The goal of this work was to explore the effectiveness of a neurofeedback (NFB) protocol in reducing theta EEG activity in normal elderly subjects who present abnormally high theta absolute power (AP). Fourteen subjects were randomly assigned to either the experimental group or the control group; the experimental group received a reward (tone of 1000 Hz) when the theta AP was reduced, and the control group received a placebo treatment, a random administration of the same tone. The results show that the experimental group exhibits greater improvement in EEG and behavioral measures. However, subjects of the control group also show improved EEG values and in memory, which may be attributed to a placebo effect. However, the effect of the NFB treatment was clear in the EEG, although a placebo effect may also have been present.
EEG neurofeedback: a brief overview and an example of peak alpha frequency training for cognitive enhancement in the elderly.
Clin Neuropsychol. 2007 Jan;21(1):110-29

Neurofeedback (NF) is an electroencephalographic (EEG) biofeedback technique for training individuals to alter their brain activity via operant conditioning. Research has shown that NF helps reduce symptoms of several neurological and psychiatric disorders, with ongoing research currently investigating applications to other disorders and to the enhancement of non-disordered cognition. The present article briefly reviews the fundamentals and current status of NF therapy and research and illustrates the basic approach with an interim report on a pilot study aimed at developing a new NF protocol for improving cognitive function in the elderly. EEG peak alpha frequency (PAF) has been shown to correlate positively with cognitive performance and to correlate negatively with age after childhood. The present pilot study used a double-blind controlled design to investigate whether training older individuals to increase PAF would result in improved cognitive performance. The results suggested that PAF NF improved cognitive processing speed and executive function, but that it had no clear effect on memory. In sum, the results suggest that the PAF NF protocol is a promising technique for improving selected cognitive functions.