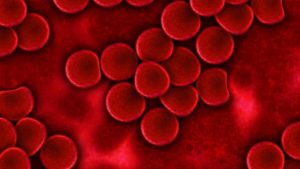 High dose Vitamin C IV therapy is one of the most promising alternative therapies in the fight against cancer. Contrary to studies based on oral dosing of Vitamin C, which showed no effect, intravenous Vitamin C therapy has been proven to be an effective method of raising extracellular levels of vitamin C. Extracellular vitamin C is absorbed into cells where it oxidizes and kills only cancerous cells.

Levine and associates have examined extensively the body’s absorption of vitamin C and found that while oral intake does reach a saturation point, “when you give doses intravenously they go through the roof in the blood and then they are cleared.” According to Levine, a 10 gram dose of vitamin C given intravenously produces bloodstream concentrations, more than 25-fold, higher than concentrations achieved from the same oral dose.

Working with cell lines in the laboratory, they used high doses of vitamin C that could only be achieved by IV administration. Levine reported, “At the highest concentration of ascorbic acid, if given intravenously, they don’t touch normal cells and they kill lots of cancer cells.” According to the study, vitamin C led to the formation of hydrogen peroxide, a chemical that can kill cells.

High doses of vitamin C given intravenously has the interesting effect of being an oxidative treatment.  We all know that vitamin C taken orally acts as an antioxidant, but very high doses given intravenously, usually between 25-100 grams, have a pro-oxidative effect.  The mechanism involves the generation of hydrogen peroxide within the tissues that accumulate the vitamin C. One postulated mechanism of this formation involves vitamin C displacing iron from its carrier protein, with the subsequent intracellular generation of hydrogen peroxide.  This is selectively toxic to cancer cells because they lack an enzyme that other healthy cells have in abundance called Catalase.

Catalase is one of the fastest enzymes ever studied. Its’ job is to do the following conversion:

The products water and oxygen are of course harmless.  If this reaction does not occur efficiently due to lack of the catalase enzyme (i.e. in cancer cells) the hydrogen peroxide can react with the displaced iron and create an excess of free radicals.  These free radicals then stimulate apoptosis or cell suicide in the cancer cells sparing normal or healthy cells. High dose vitamin C is delivered through IV treatments as a slow drip over 45 minutes to 3 hours 1-3 times per week. They are painless and completely non-toxic.