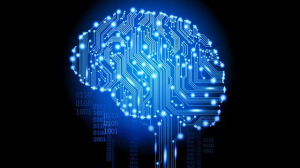 Glutathione is a potent antioxidant. One of its many roles in the body is to protect the cells from damage induced by lifestyle and environmental factors. There are also several genetic mutations which interfere in regulating the production and activity of glutathione enzymes causing the body challenges with manufacturing it. Glutathione is considered a neuroprotectant, meaning it has an affinity for protecting the brain. There are many conditions in which glutathione deficiency has been associated with assisting the disease process. Alzheimer’s being one of them. Alzheimer’s disease has been related to decreased levels of glutathione in the brain. There is a belief that by increasing glutathione levels that it may slow the process, or could be used preventatively. Parkinson’s disease and Multiple Sclerosis can also see benefit from treatments with glutathione. Glutathione injections can be an effective way to receive the antioxidant. The shot can be received anywhere from 1 x week to 1 x month based on the reason for utilizing it.

Request an Appointment for Injection Therapy